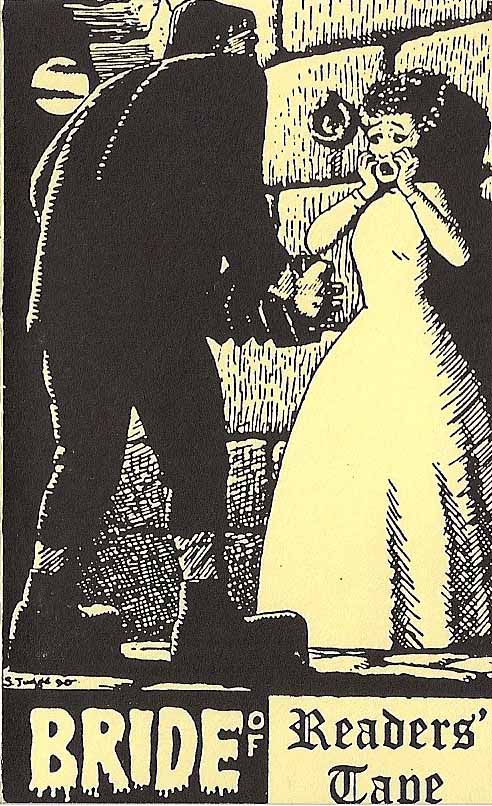 Our third tape of home-brewed, cassette-recorded readers’ contributions is even bigger (and certainly much more varied) than our earlier efforts. Some highlights include the remarkable young Chicago anglo player and Senior All-Ireland Concertina champion John Williams, recorded here for the first time. Burnish Bayne shows up with some brilliant tunes on one of his new Holmwood English concertinas, courtesy of the British Forces Broadcasting Service (Cologne). There are some grand shanties with Monk Farnham, holder of a Guinness record for being the oldest mariner to single-handedly cross the Atlantic under sail—both ways! British champion Peter Trimming blazes away with some terrific Morris tunes. We thank all for their generous contributions.

At the end of side 2 are two samples from the C&S musical archives. Frank Butler’s concertina band, playing a Hayden quintet, was recorded live at London’s Westminster Hall in 1958; roughly contemporary is a rare fragment from Alf Edwards, the legendary King of the Concertina. Both are previously unreleased.

The recording quality is somewhat better than the first two Readers’ tapes, but as with those sterling efforts many of the selections here were recorded on primitive equipment; so you may need to adjust the volume level on some tracks. The historical cuts with All Edwards andFrank Butler are particularly rough, having been culled from original damaged tapes, and for this an apology is perhaps in order; we’ve placed them last for this reason. As has been our policy from the beginnin, we aren’t too fussy about professional quality recordings for our tapes here at C&S—some of what comes in is beautifully played, but very badly recorded—and we’re in it for the music!