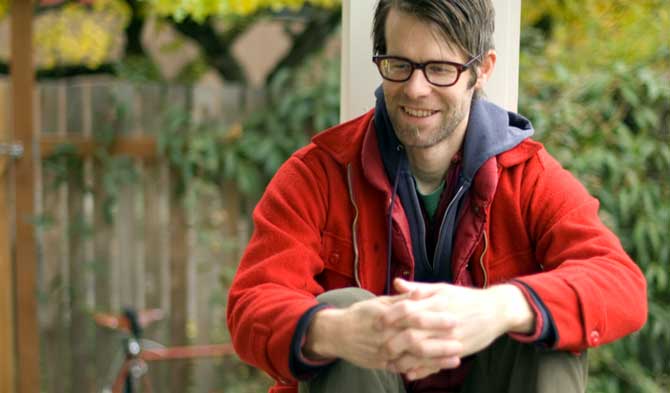 When did you start playing the Anglo? And at what age?
I started playing in 2004, at the age of thirty two. I had musical training before that, primarily in music composition. My first concertina was a plastic 20-button Stagi, which I played for a year, and destroyed in the process. Then my wife bought me the 30-button Anglo that I play today, built by Bob Tedrow.

In your sheet music, you have symbols to describe the movement of the bellows. Is this your own invention?
I have created a few notational devices for Anglo concertina music. In addition to “open” and “close” symbols, I notate the music on a grand staff in which the right hand plays the upper stave and the left hand the lower. It’s all in the service of me trying to clearly transcribe my compositional ideas, and I dearly hope that they do help and don’t simply cause confusion. I want others to be able to play the music if they’re interested in it.

Are you influenced by other people/music in your compositions?
When growing up I was utterly immersed in pop music, particularly what we in the U.S. call “prog rock.” These were bands from the 1970s like Yes, Jethro Tull, and Genesis, whose music was characterized by long formats, unpredictable structures, and frequent shifts in time signature, all of which I consider hallmarks of my own present compositional style. My listening interests have changed many times since then. Currently I’m listening to a lot of music from the Balkans, especially brass band music, which has taught me much more about the relationship between meter, rhythm, and melody. 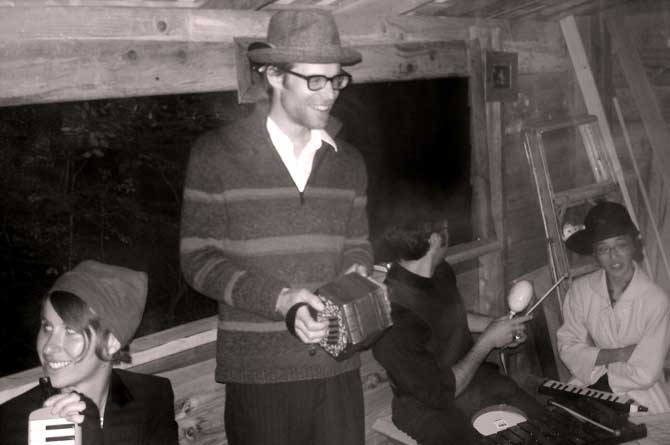 How would you describe the music of your band?
The quartet I play in when I’m not doing solo work is called The Toy Boats. It was started by our toy piano player, who wanted to form a group that played “small” instruments. Our lineup is ukulele, toy piano, glockenspiel, and concertina (as well as some other small instruments, such as tin whistles and melodicas). The original concept of the group was that we would perform at “pet funerals”–for instance, if someone’s goldfish died, we would play while it got flushed. But we still have never done that! Our music is partly arrangements of Hungarian folk tunes and compositions by Nino Rota, and partly original compositions by our ukulele player (to whom I am married).

The Chiltinas Concertina Group is a young organisation (April 1997) – providing a meeting point for players of the concertina in Bedfordshire, East of England. The Group’s aims are:

The group meets once a month usually on the second or third Sunday from about 2.00pm-6.00pm. Interested concertina players should contact for further information or view website.

We mainly represent three types of concertina. English, Anglo and Duet. It is our intention to continuously improve the service to our members, for which we have several new enthousiastic committee members.

Jeremy Hague has taken up the task of Librarian, indexing and making digital copies of our vast collection of sheet music. This music is available to all our members. Just sent your requests to librarian@concertina.org. Michel Van der Meiren, a fresh English concertina player from Belgium, is made responsible for the ICA website. Martin Henshaw is added as the Membership Secretary, managing the memberships together with Suzanne Higgins.

We are an organisation for members but also of members. Therefore we hope that you will squeeze along with us. That you will continue to provide us with interesting tips and material for research and publication in all of our publications: Concertina World Magazine (Pauline de Snoo) and Music Supplement (Jon McNamara), PICA and the website.

END_OF_DOCUMENT_TOKEN_TO_BE_REPLACED

The ICA has an extensive library, available to members, and a lively quarterly newsletter, “Concertina World” acts as the mouthpiece for the members. Contributions are welcomed (the editor would love to hear from you).

Various concertina-related events have been sponsored by the ICA, including Concertinas at Witney, Kilve Weekend, the Swaledale Squeeze, and the gathering in the nostalgic setting of the Mexborough Concertina Band Club. Individual young players are also sponsored, via bursary awards towards tuition at Concertinas at Witney and the Durham Folkworks Summer School, and a grant to the Hope Valley Squeezebox Project aimed at encouraging the future generation of concertina players to take part in a structured learning activity.

We have an Internet mailing list exclusively for members of the ICA and, of course, this web site. Most of the mainland UK is within 2-3 hours drive of a regular meeting for players — the ICA can help you find one near your home! Several key folk festivals offer concertina workshops. So why not join us now and find out more about concertina events?