END_OF_DOCUMENT_TOKEN_TO_BE_REPLACED

Bildungsroman was recorded in the remote, abandoned Old Cascade Train Tunnel in Washington State. A song cycle for Anglo concertina and voice, it features several yodels as well as virtuosic instrumentals influenced by Rimsky-Korsakov’s “Flight of the Bumblebee.” The album includes a PDF book containing the complete score; lyrics; and essays about concertinas, yodeling, and Nikolai Rimsky-Korsakov.

The album costs 10$ and is available through stevenarntson.info.
The info, preview and download page is: http://stevenarntson.bandcamp.com/ 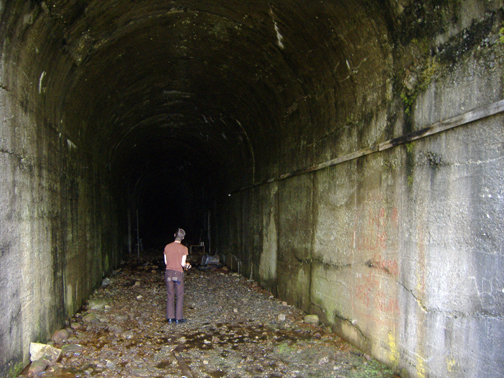 ICA members and guests will meet at Kingswood Methodist Church, Wollaton, at 10.00 a.m. for coffee and our day begins with a workshop led by Steve Turner at 10.30 a.m. Steve’s singing and concertina playing is in much demand and his most recent album “The Whirligig of Time” won rave reviews.

At 12.30 p.m. lunch can be taken at either the Wheelhouse or The Wollaton, recently awarded “the best pub food” award in the 2009 Nottingham Restaurant Awards. You might be lucky and get to sample the local Castle Rock “Harvest Pale” named CAMRA supreme champion beer in 2010. The church hall is 10 minutes walk to Wollaton Park, housing the magnificent Grade 1 listed Wollaton Hall completed in 1588.

Our AGM will commence at 2.00 p.m. Following coffee at 3.30 p.m. participants are invited to dust off their party pieces at our members’ concert starting around 4.00 p.m. We are particularly pleased that we will be joined by the Midland Concertina Group, who meet regularly at Kingswood.

After we’ve had some of the best fish and chips in the county, Steve Turner returns to give us a solo concert at 7.00 p.m. – a treat not to be missed. Our day will finish at around 9.00 p.m.

If you are thinking about joining the ICA, please feel free to come along and meet some other players. As our motto says, “don’t squeeze alone!”

Venue : Kingswood Methodist Church, Lambourne Drive, Wollaton, Nottingham, NG8 1GR (about 10 mins off J26, M1). If you are staying in a central Nottingham hotel, there are regular Rainbow 2 buses from Victoria Centre, to Lambourne Drive £1.60. A taxi from the City would cost c.£7.50

More information on Steve Turner can be found at: http://www.steve-turner.co.uk/

To confirm you attendance (or send apologies) please contact: secretary@concertina.org

STOP PRESS – If you are arriving on Friday night, a small session will be held in the upstairs room of The Peacock Hotel, 11 Mansfield Nottingham, NG1 3FB from 8.00 pm. If you are planning on coming to this please let Jeremy Hague know at librarian@concertina.org

I filmed the Swaledale Squeeze Sunday Afternoon Concert by participants and tutors. Jan, the husband of Pauline de Snoo, made this compilation:

We hope that many more members will follow this example and will add their videos. Sharing their joy of playing the concertina and playing together. You can visit ICA on YouTube and join us there.

On my first night I found myself in The Hartford Café, an Aladdin’s cave of vinyl in Shinjuku, Tokyo. Prompted by a photo of my Wheatstone the owner, Mr Yanagisawa, disappeared behind the bar and emerged triumphantly with a John Kirkpatrick and Sue Harris album. This was followed by Ewan MacColl and Peggy Seeger’s “Manchester Angel” and “A Tale of Ale”, a Free Reed recording of British drinking songs.

My next face-to-face encounter was with a Lachenal Anglo sitting proudly in a museum display cabinet in Nagasaki. The museum was housed in a former dock house of the Mitsubishi Company, which had once been used for sailors’ lodgings.

But my best concertina encounter by far – and an absolute highlight of my holiday – was a meeting with Miho Tohmatsu (Mipo when she performs) and Minako Orikasa, two keen English concertina players from Tokyo. I first saw Miho playing on YouTube and wrote to suggest a meeting. As a player for six years, Miho enjoys traditional music, from both Japan and Europe as well as composing her own work. Miho informed me that concertinas were very popular at one time in Japan, as market traders would hope that their playing would attract customers and differentiate themselves from the more common accordion playing. Minako enjoys European traditional music, with music from Ireland being a particular favourite. We spent a very memorable afternoon playing tunes and recordings in a sunny park and we’ve continued to share music over the past few weeks. There’ll be an interview with Miho in a forthcoming ICA newsletter. In the meantime, you can enjoy her playing one of her own compositions with her musical collaborator, Macky.

In Ireland, the “concertina” is almost exclusively the Anglo, and the three CDs here are all fine examples of its use within Irish tradition, and together have links which almost span the history of the instrument in that music.

Claire Keville (as those who attended Swaledale this year know) is a great player, originally from Claran, near Headford in Co. Galway, but with long associations with Co.Clare. (Check out her traditional music programme “Music In The Glen”, which you can get early on Tuesday evening on your computer at www.clare.fm). Her CD, “The Daisy Field” (CKCD002), is a well-chosen selection, beautifully played, with gentle and unobtrusive accompaniment on guitar (Terence O’Reilly), piano (Geraldine Cotter), fiddle (Liam Lewis) and from Claire’s sister Breda also on fiddle. Claire also plays three harpsichord solos. Her concertina style is steeped in the tradition, but is also very much her own, and, – without proclaiming technical flashiness – Claire uses her fine technique to express the value of the music itself, with neat octave passages, a steady rhythm, and decorations that enhance a tune, rather than simply being “clever”. Overall, lovely playing! (And Claire sends thanks to the Dippers for the fantastic little instrument!)

Tom Carey, from Cree (West Clare), had his first concertina lessons many years before Claire Keville was born, and this CD is long overdue. I once found myself in Crotty’s pub in Kilrush and gradually realised that the gentle man next to me, playing a battered Jeffries, was the same fine player I had many years earlier heard on a Free Reed recording! Time has not weakened Tom Carey’s style since the release of those 3 tracks. The tunes are very much from the heart of the tradition, and there is a light but determined pulse to these jigs and reels (with one slow air and a hornpipe), which, sprinkled with some “same direction” decorations give a dancing lift to the playing. The bellows use, and the variation from legato to more staccato passages add to a certain sense of urgency, particularly on the reels, though the playing never races out of control, and always has a rich, expressive warmth. Gentle backup is provided by Josephine Marsh (accordion) and Therese McInerney (fiddle). A timely and beautifully executed reminder of styles that developed over the first half of the 20th Century, the CD is simply entitled “Tom Carey” (GL0002).

Tom Carey learned initially from Michael “Stack” Ryan, who was born at the end of the 19th century; the third album, a double CD, possibly reaches even further back. “The Humours of Tulla”, subtitled “A collection of music, songs, stories and poetry reflecting the rich cultural heritage of East Clare” and is largely “archive material”, with – of course – half a dozen good concertina tracks. We find, as one would expect, contemporary tunes from the always wonderful Mary MacNamara and Kate McNamara, (who have both taught at Swaledale!) but also most interesting home or “field” recordings of players like Paddy Grogan and John Naughton, bearers of a tradition from many years earlier. There is here, too, a fine lesson in what the old-style German concertina can do, on “The Star of Munster”, with tremendous verve and drive from the hands of Michael O’Donoghue, recorded in 1972 at the age of 84. The album is put out by the Tulla branch of Comhaltas Ceoltóirí Eireann, and features other fine players of other instruments, too.

One of the many privileges of being the ICA Librarian is to distribute and discuss music with members from across the world. In recent weeks I have been corresponding with concertina players in the USA, Canada, Ireland, The Netherlands, Germany, Australia, France, Italy and the UK.

I am particularly pleased that David Gardiner from New Zealand, kindly accepted my invitation to discuss and play extracts from one his favourite pieces from the library – the Intermezzo from Pietro Mascagni’s one act opera Cavelleria Rusticana. Premiered in 1890, this popular work is set in Sicily and tells a passionate story of love, betrayal, jealously and death!

The arrangement is made by Henry Stanley, a prolific music arranger for the concertina, who during the 1940’s and 1950’s made hundreds of beautiful hand written arrangements for players on request.

On the link below you can hear, David play some extracts from the piece. Wonderfully expressive, this is only a glimpse of what’s to come as David’s full version will be available on the forthcoming CD Duet International – which we all look forward to.

David Gardiner on the Intermezzo from Cavelleria Rusticana

A copy of this music for Duet is available at Concertina.com:
stanley-intermezzo-from-cavalleria-rusticana.pdf

And a brand new arrangement of the piece for English Concertina by Stephen Taggart is available to ICA members by emailing librarian @concertina.org – and lots more music too. 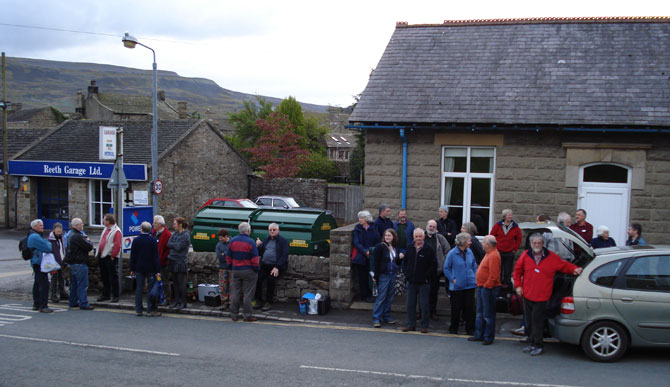 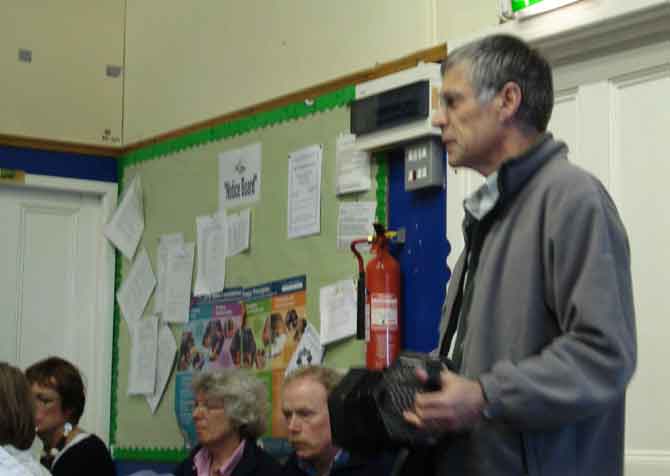 Many of you know that I have been working off and on for about five years now on a history of the Anglo concertina. That work is now finished; The Anglo-German Concertina: A Social History is now out, at Amazon.com. There are two volumes, with 620 pages, over 440 illustrations, and 28 transcriptions. The book concentrates on the people who have played both German and Anglo-German instruments from the time of Carl Uhlig’s invention of 1834 to the present, and includes chapters on England, Ireland, Africa (both Boers and various African ethnic groups), Australia, New Zealand, and North America, as well as concertina use at Sea. .

A final chapter deals with the fascinating evolution in playing styles from Victorian times to today in these various locales, including note-for-note transcriptions of many early recorded players from around the globe. More information, including downloadable copies of the Table of Contents, Summary, and Acknowledgments as well as reviews (as they become available), is at my website at www.angloconcertina.org , where there are also links to the retail sales site at Amazon books–or one can easily search the site http://www.amazon.com/ (the US version) for the books.

I’ve submitted the books to PICA for review, as well as to a group of traditional music journals in England, Ireland, Australia and South Africa. Copies have been placed in the following libraries: US Library of Congress (Washington), Center for the Study of Free Reed Instruments, CUNY Graduate Center (New York); Vaughan Williams Memorial Library at Cecil Sharp House (London); Irish Traditional Music Archive (Dublin); National Library of Australia (Canberra), and the National Library of New Zealand (Wellington). My deepest thanks to all the scores of people around the world who helped me on this effort, including many ICA members.